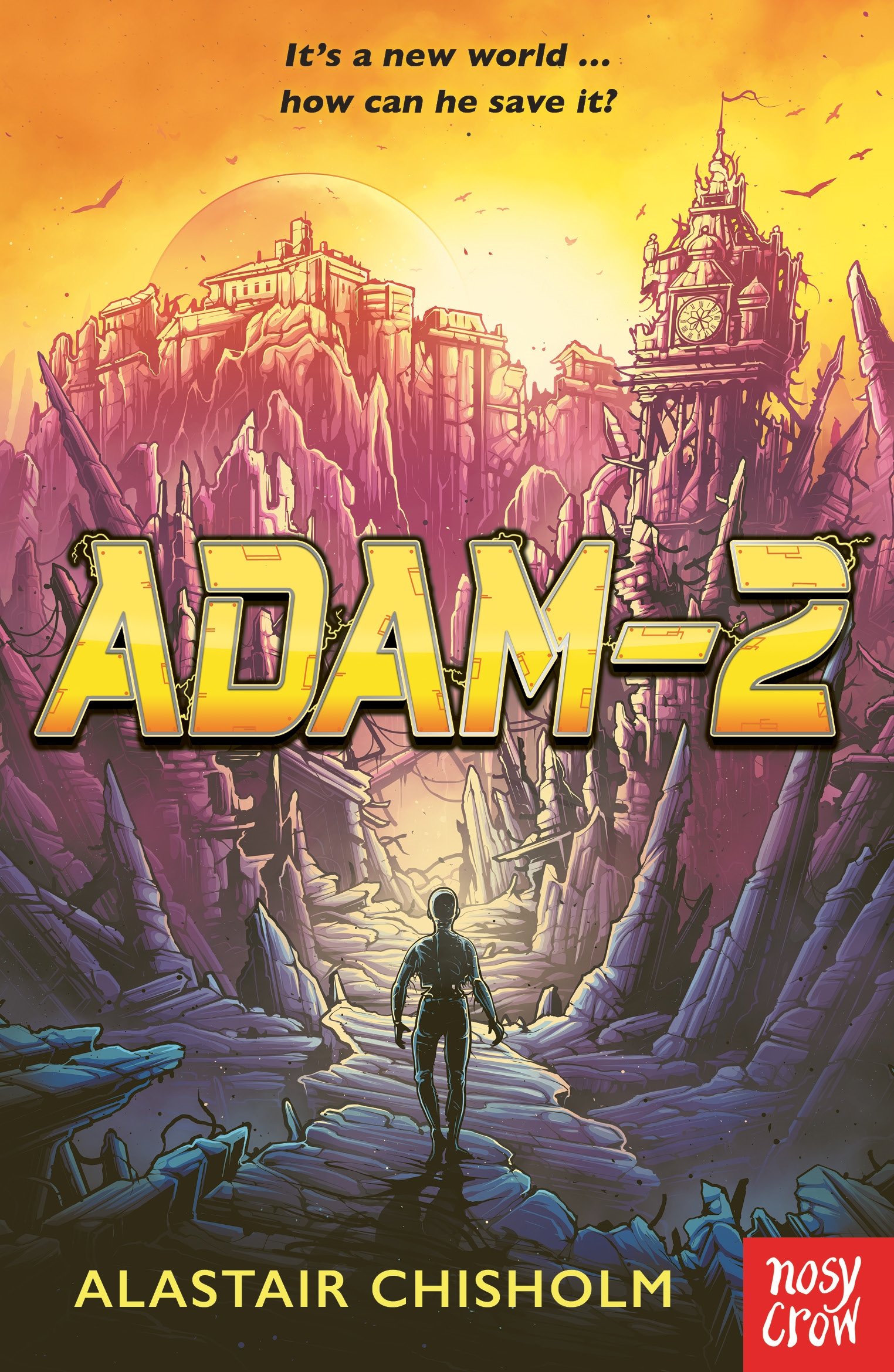 One of the best middle-grade fiction novels I have read this year! An exciting science fiction thriller for ages 9+.

In a bleak future world, torn apart by a civil war between humans and advanced A.I robots, some scavenging children come across a cute little robot, locked in a basement. Adam 2 has been locked away for 200 years, and knows nothing of the war between robots and humankind. He has been programmed to faithfully serve humans, and quickly bonds with the children. Soon, by virtue of his human-style loyalty, he is accepted into the human camp.

Adam’s unique position – trusted by the humans, yet essentially an A.I, earns him friends & enemies in both camps, and it becomes clear that he holds the key to the war, and the power to end it – to destroy one side and save the other. But which side is right? Adam must decide who – and what – he really is.

A really thrilling story, full of thought-provoking issues, and Adam 2 is a truly unforgettable and adorable character. Will appeal to fans of Philip Reeve.